The Castle of Terre-Neuve in Fontenay-le-Comte

Home > Blog > The Castle of Terre-Neuve in Fontenay-le-Comte

Open from May to September, the Castle of Terre-Neuve is a true jewel of the Renaissance period in the heart of the Marais poitevin. In Fontenay-le-Comte, subprefecture of the Vendée and former capital city of the Lower Poitou, it welcomes visitors from spring to the end of summer to let them discover its riches. Follow the guide!

A historical monument from the 16th century

As a private building, the Castle of Terre-Neuve is an emblematic monument of the city of Fontenay-le-Comte, and even of the South Vendée area. Listed as a historical monument, this 16th-century residence contains a few treasures. Built in 1590 by Nicolas Rapin, then-High Provost of the Constable of France and close friend of King Henry IV, it is the property of the same family since 1805. Claude Tendron de Vassé acquired the castle, then transmitted it to his grandson, Octave de Rochebrune, in 1848. An art collector and famous aquafortist, he made Terre-Neuve a place with a rich heritage by collecting panelling pieces, ceilings, etc., in emblematic places such as Chambord or Coulonges-sur-L’Autize.

After a few historical explanations that replace Terre-Neuve in its historical context, our guide William invites us to follow him inside the castle which is still inhabited.

An exceptional residence with a rich Renaissance heritage

The castle of Terre-Neuve.

The visited rooms are in perfect restoration and conservation status. The reason is that those rooms are still used for personal reasons by the owning family. During the visit, you can feel the love and passion for this place of history in our guide’s explanations. The original and perfectly restored panelling of Louis XIV’s bedroom and Molière’s theatre from the Castle of Chambord adorn the first room we visit. At the back stands a fireplace which has often been examined by alchemists for the engraved symbols of inestimable value. The whole castle is filled with treasures, such as paintings from Vernet or Rigaud, sculpted coffered ceilings or pieces of collections from Octave de Rochebrune, a true benefactor of the Renaissance art. In order to preserve the heritage, he decided to embellish Terre-Neuve in terms of architecture as well as its content. During the guided visit, we can also discover the desk Georges Simenon used during his stay in this castle of the Marais poitevin between 1941 and 1943. 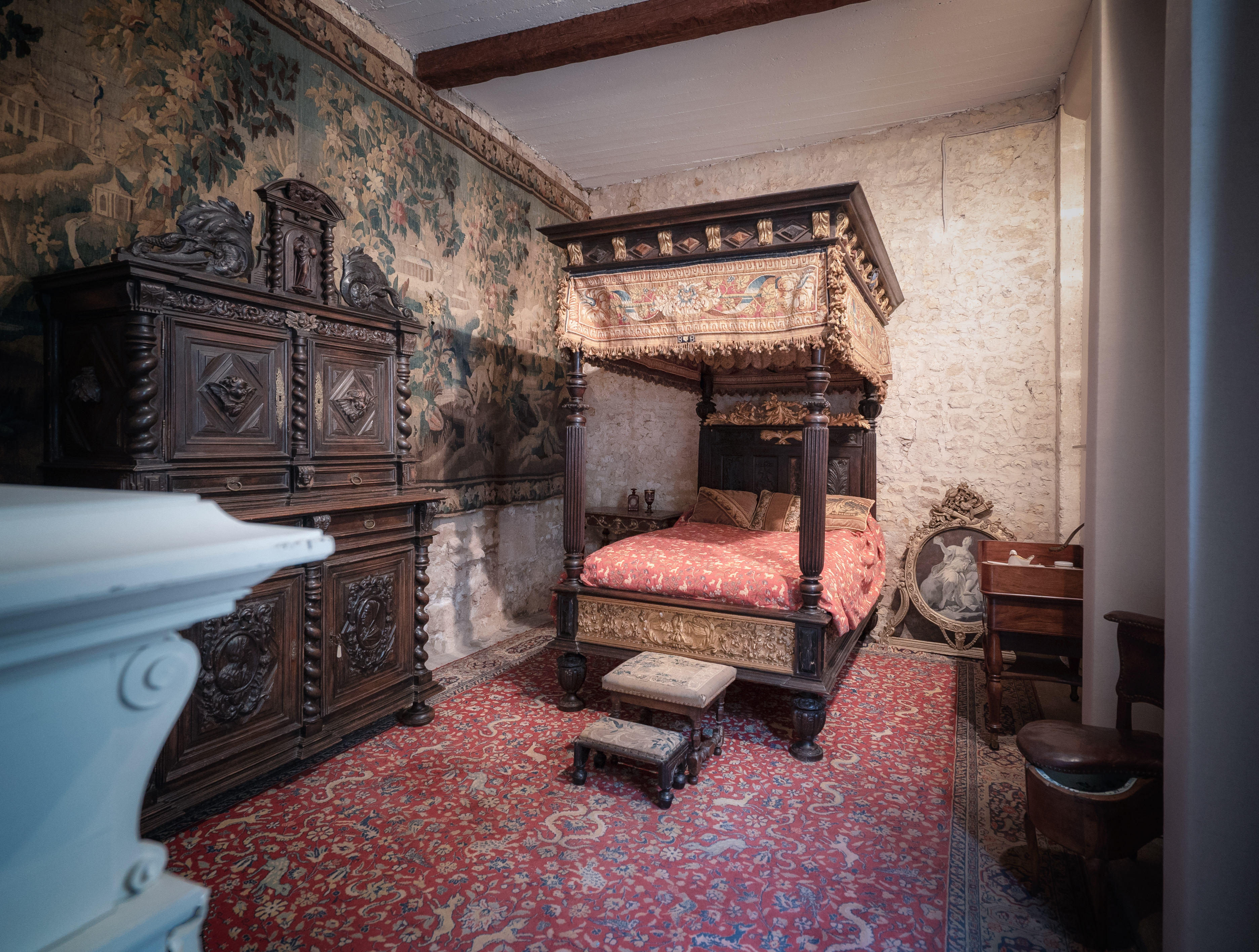 Bedroom in the castle of Terre Neuve

Incredibly enhanced, the Castle of Terre-Neuve is still today a living place that sublimates the conservation efforts done by the owners. The guided visit of the castle, the museum and the park allow you to appreciate this inescapable and historic monument of the Marais poitevin.

Other monuments and sites can be visited as the Donjon in Niort, the fortified church in Esnandes or the abbeys of south Vendée…

An initiative by the Green Venice Cycling Club The Marais poitevin is cycling heaven, for both occasional and regular cyclists! Sunday cyclists have 800 kilometres of loop itineraries at their disposal across the Marais poitevin region, enough to keep everyone happy. For seasoned pedallers, there’s now an itinerary to take them all the way around […]

When the Marais poitevin defies the senses of influencers

The Marais poitevin, a top tourist destination The Marais poitevin proposes all sorts of ways for holidaymakers to explore, not just boat trips, but also by canoe or paddleboard, on foot, by bike or even in a horse-drawn carriage or a hot-air balloon. There are also museums to visit as well as the Park information […]