Strolling in Niort in the light of lanterns

Home > Blog > Strolling in Niort in the light of lanterns

At 9:30pm we join Agnès Dupont-Brillatz, guide speaker, at the sylvan theatre of the square Clouzot in Niort. For those who have less knowledge like us, the reference point is simple: in front of the restaurant “Les Planches”. The evening program: discover Niort, the biggest city in France that is member of a Natural Regional Park, along the Sèvre niortaise river.

Niort and the Sèvre river, a shared history

If July nights are enjoyable and sweet, we are just two people going for this night visit. The sun has just started setting as we begin our walk looking at the first hydraulic works that surround the different islets. Once occupied by fulling mills and nowadays entirely rehabilitated, it is hard to imagine that this was the heart of the city’s economic activity: the chamois leather factories. If this activity made the reputation of the city, even giving their name to the football club (the Chamois Niortais), we learn that the famous chamois leather has nothing to do with the horned animal!

If during the visit we go over the fish passes, the valves, the dampers or even the locks for canoes, the industrial past of Niort remains ubiquitous. As we continue our walk on the Old Bridges, the dock of the Regratterie and as we review the urban network of the Sèvre niortaise river, we walk along the botanic garden to arrive at the pump station of the Pissot. Inside the buildings we can still see the pumps used to pump and bring water from the Vivier source up to the fountains of the city. A vital work which was more vital to water the 800 horses of the Du Guesclin military barracks in the 19th century.

The Sèvre niortaise river in the light of lanterns

Once night has fallen, it was time to light the lanterns. As we cross the Sèvre river and continue our walk by the Park of Pré Leroy, we meet a few walkers quite amused by our creative lighting equipment. The night escapade brings us to what was still a few years ago Niort’s harbour. Close to the former Boinot factories and at the end of the Main boulevard, the slipway marks the transition between the city and the Marais poitevin. Depending on the side of the bridge we are looking, the contrast is striking. Undergoing rehabilitation, the site should regain its original link with the Sèvre river and aquatic activity. The visit along the Sèvre river ends in front of the valves of the Neuf Mill after a two-hour walk of discovery. 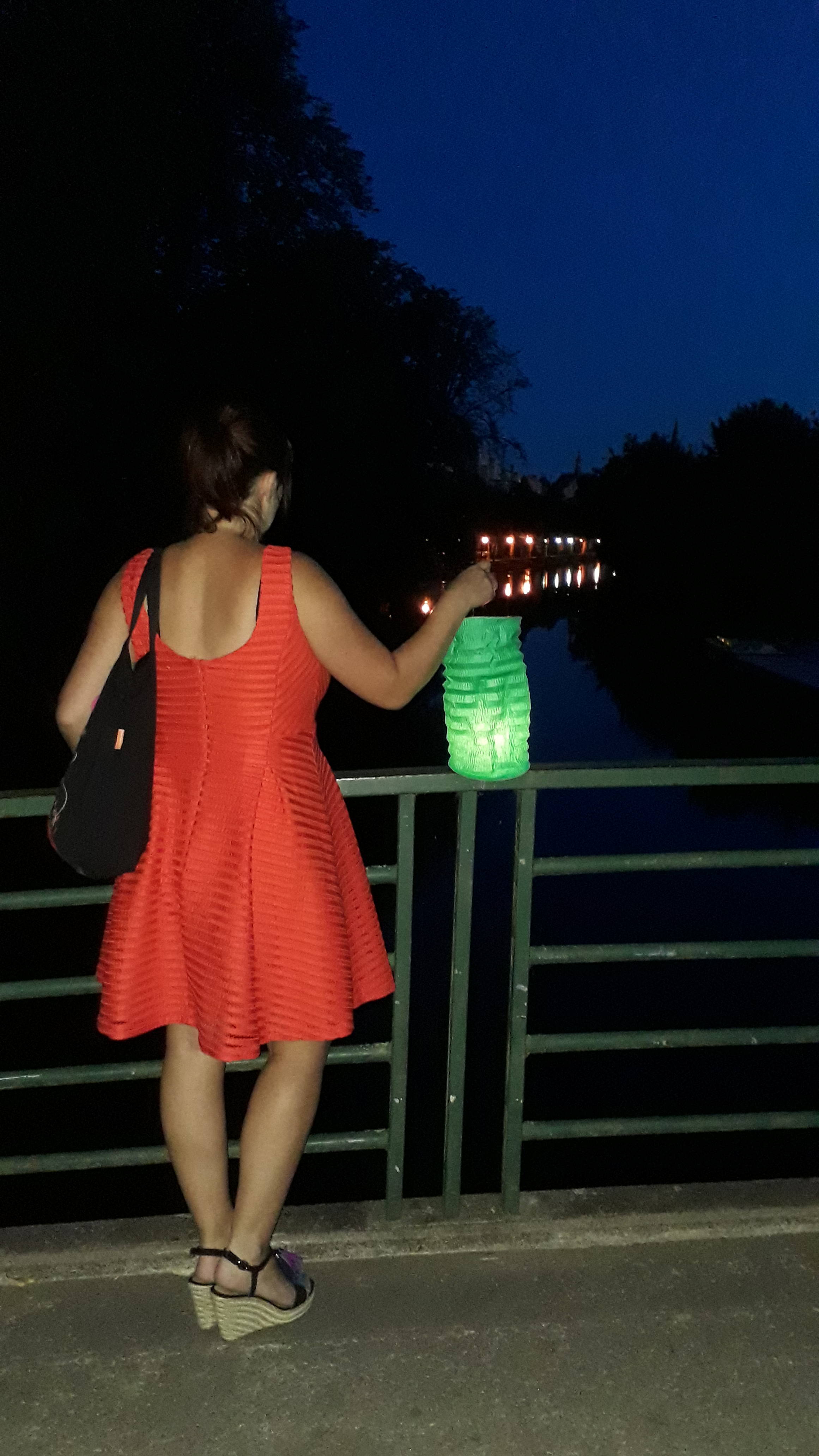 Strolling in Niort in the light of lanterns.

A creative activity at the gates of the Marais poitevin, the lantern walk allows you to discover the city of Niort, its connection with the Sèvre river and its industrial past.

Book your ticket to enjoy this lantern walk!

Numerous activities are also organised in the Marais poitevin, don’t hesitate to reserve your tickets!

The brand Accueil Vélo in the Marais poitevin

The national brand Accueil Vélo guarantees a high quality experience on cycle routes in the Marais poitevin. During your cycle rides to discover the various landscapes of the Green Venice of the shores of South Vendée, you can have what you and your bike need to enjoy any halt. What is the brand Accueil Vélo? […]

Built by Niort Chief architect Georges Lasseron at the end of the 19th century, the Jean Macé High School for Girls is currently home of the main museum in Niort, the Bernard d’Agesci Museum. The multidisciplinary art collections are at the same time didactic and historical, because we can visit the Fine Arts section, the […]