Visiting Arçais, a small village in the Marais poitevin

A few days after a storytelling visit of Niort with lanterns, we meet once again Agnès Dupont-Brillatz, a guide speaker in Niort and the Marais poitevin, to discover Arçais in Deux-Sèvres. It is a typical village in the marshes with its dwelling, its harbours and its “balais” – barns in the marshes – which offers numerous authentic charming places.

An authentic village in the marshes 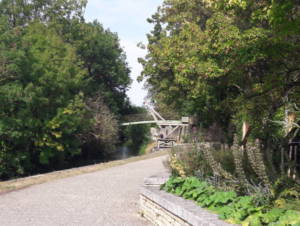 Wooden crane in the port of Arçais

A few kilometres away from Coulon, in the heart of the Green Venice, the small village of Arçais is a touristic hot spot in the Marais poitevin Regional Natural Park as shown by the jetty on Place du Grand-Port where the flow of tourists boarding, or disembarking is more than explicit. Dominated by the “Grand Logis”, a recently renovated and restored dwelling from the 19th century, the Great Harbour of Arçais includes two wooden replica of cranes that were used to lift goods up to the shore.

With a perspective drawing, we visualise the canals that were former trade routes. Now used in large part for tourism and boat rides, the canal pounds of the Marais poitevin were first and foremost used for trade and freight or animal transport. As a village of the marshes, Arçais lived on farming as well as hay, “mogette” – the local name of the famous white beans – and wood production. Along the towpath that we follow during the visit, we discover former farms, now rehabilitated and whose access can be done by the street or by the canal pound of the Garenne.

This small town of about 600 inhabitants, with a lifestyle and housing typical of the Marais poitevin, can be proud of the label “Little City of Character” since 2013. This national distinction can be explained by the remarkable enhanced built heritage which is a characteristic of the Green Venice. Whilst strolling on the streets of Arçais, you can discover the “balais”, those former barns of the marshes used for storing goods as well as equipment. The marshland housing, well preserved, is explained by our night guide. The village square, its church and its former post office complete the architectural heritage of this small village of the Marais poitevin. 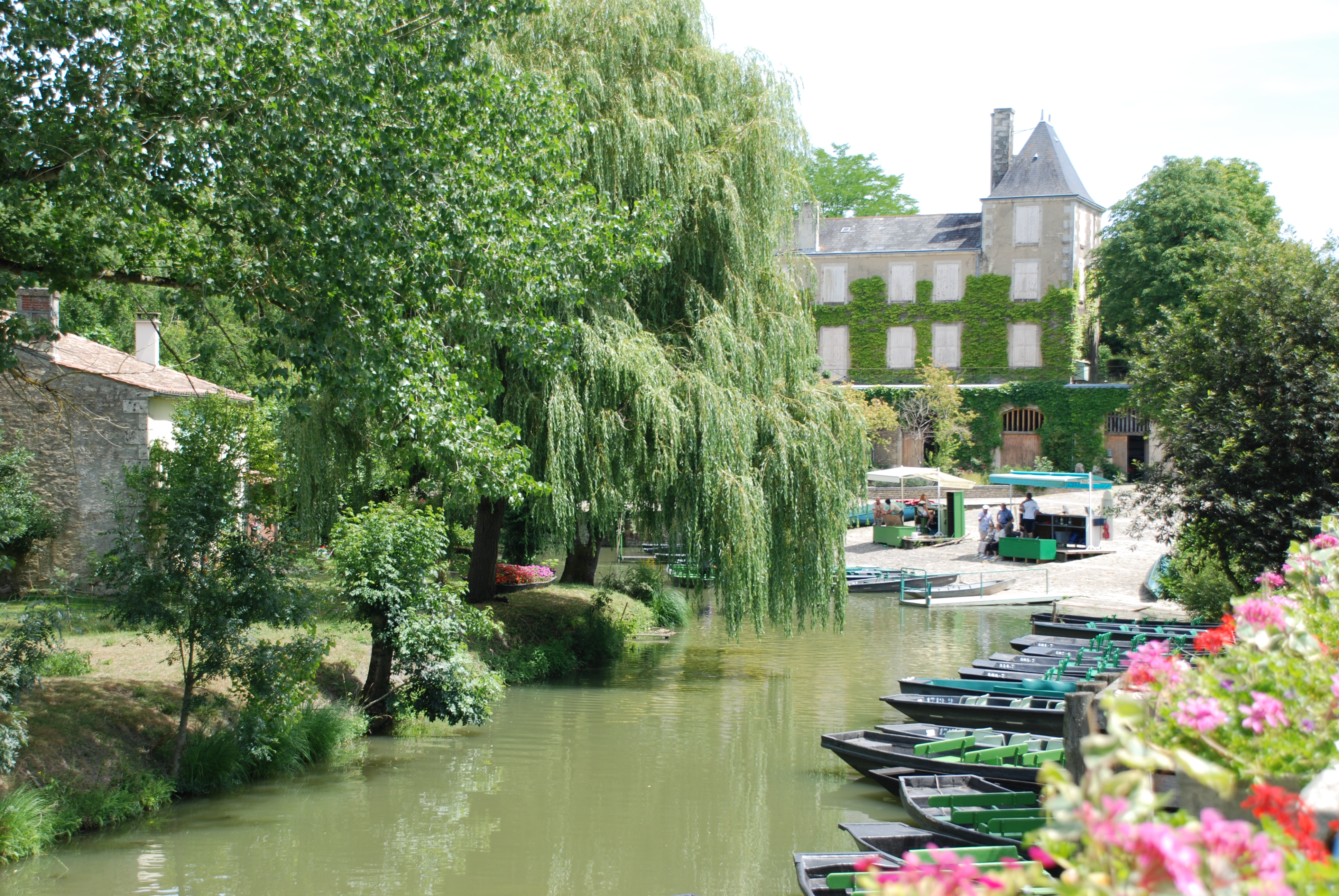 Harbour of Arçais with the home of the nineteenth century and the pier.

The visit ends as it started, along the water. From the hold of the Grand-Port to the more modest harbour of Cheusse, the village of Arçais fully looks for the Sèvre niortaise River and its numerous canals. Between all kinds of canals, whatever their sizes, water is everywhere… which is perfect for a boat ride in the heart of the Green Venice, a bike ride with your family, or even for a walking along the towpath, Arçais is a vital place of the Marais poitevin.

Other visits of cities and villages are scheduled during the summer period, so don’t hesitate to book your tickets!

Trail-running routes in the Marais Poitevin!

Ideas for exploring the Marais Poitevin

Find the hiking trails on the website of the Marais poitevin Are you looking to explore the Marais poitevin? Look no further, click on the “Itineraries” tab and you’ll find more than 190 hiking, cycling or horse-riding loop trails. On this “itineraries” page you’ll be able to filter or narrow your search by type of […]