An initiative by the Green Venice Cycling Club 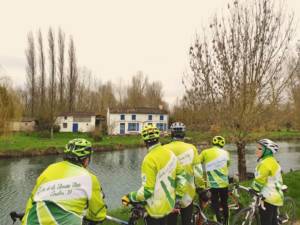 Cyclists taking a break admiring the house with blue shutters

The Marais poitevin is cycling heaven, for both occasional and regular cyclists! Sunday cyclists have 800 kilometres of loop itineraries at their disposal across the Marais poitevin region, enough to keep everyone happy.

For seasoned pedallers, there’s now an itinerary to take them all the way around the Marais poitevin Regional Natural Park: 236 kilometres on a mostly flat itinerary to take cyclists from Niort to Longeville-sur-Mer via Marans or Saint-Michel-en-l’Herm.
This route approved by the French Cycling Federation is registered under reference no. 349/20.

A cycling itinerary around the Marais poitevin Regional Natural Park

This route was designed by the Green Venice Cycling Club based in Coulon. The club’s members had cycled on other permanent routes in France and wanted to see something similar in the Marais poitevin. Hence, the “Tour du Parc Naturel Régional du Marais poitevin” was created!

This cycling itinerary reveals many of the riches of this unique region which is one of the biggest stretches of marshland in Europe. The Marais poitevin is packed with outstanding but fragile habitats, and is home to some remarkable fauna and flora. 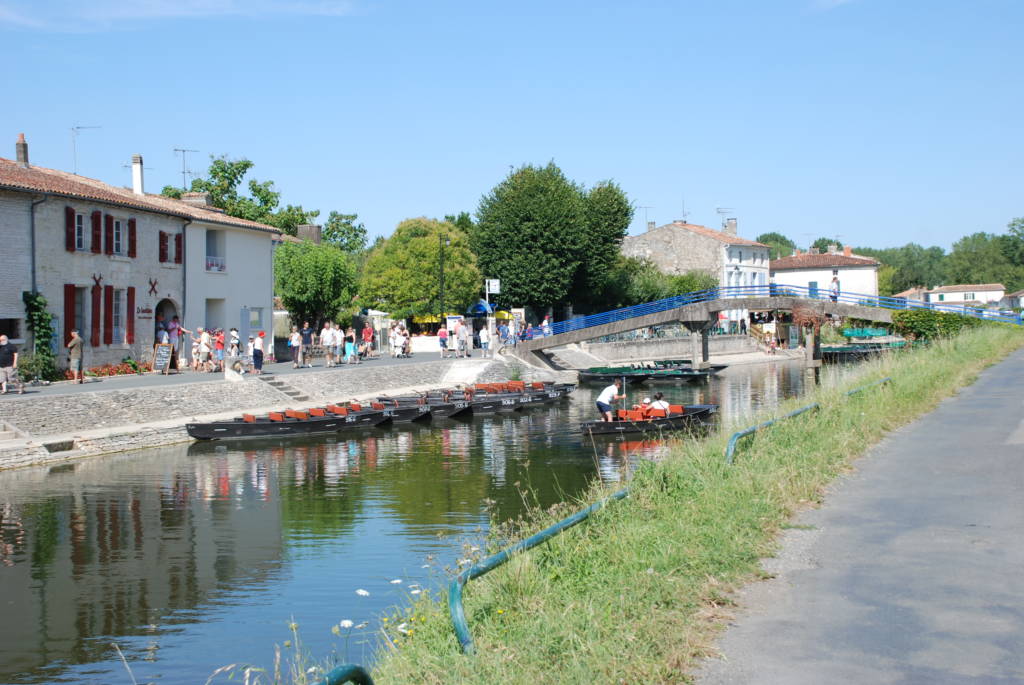 Coulon, start of the itinerary around the Marais poitevin Regional Natural Park

It also boasts a wide diversity of architectural features, from the picturesque villages with typical pale stone walls and tiled roofs to the abbeys behind the creation of the Marais. From Green Venice to Aiguillon Bay, via the dry marshes, this richness thrives amid a patchwork of manmade landscapes that have evolved over the last ten centuries.

Along these paths and waterways, the full beauty of the marshes unfurls:

Scenes of the Marais poitevin on the permanent cycling itinerary

A logbook to prove your achievement

Cycling for 236 kilometres is no mean feat! So to show off to your friends and other cycle club members, you’ll need to have your logbook stamped at certain checkpoints and sent to the organising club who will ratify your achievement and send you a certificate.

To obtain full details of the itinerary, contact the Green Venice Cycling Club, who will provide you with the exact route and various other items, including tourist information in case you decide to stop along the way to visit a reserve, take out a boat, or go for a swim in the sea!

You’ll also be given contact details for accommodation and restaurants.

This itinerary can be followed by cycle tourists whether or not they are registered with a club. Considering the distance, however, we highly recommend regular training! To give you an idea, here’s the route!

Explore the secret Marais poitevin in a kayak

As the sun goes down, right at the heart of the Marais Poitevin Regional Natural Park, at Lidon watersports centre, I put on some old trainers and a life jacket. Julien, our guide, gives us a safety briefing: “Kayaking is above-all about holding your paddle correctly and controlling the rotating movement from the waist”. Then […]

Stroll around the charming little village of Nieul-sur-l’Autise

Nieul-sur-l’Autise is between the plains and marshland in the Marais Poitevin Regional Nature Park, and is classified a “Petite Cité de Caractère®” (charming little village), which is a label awarded to rural towns with remarkable heritage sites and a rich history. I contacted the Tourist Office to make sure I didn’t miss out on any […]

I put on my hiking boots, download the IGN hiking application on my phone, put my raincoat in my bag and set off along the “Marmande” trail. A leisurely stroll along a 12.4 km trail to explore the various points of interest of Mareuil-sur-Lay-Dissais, a town in the Marais Poitevin regional natural Park, 10 km […]